It is my opinion that the justice system does not, and will never work.

Take the Stayner brothers for example.  7 year-old Steven Stayner was abducted by Kenneth Parnell, kept in captivity and sexually abused for seven years before he escaped.  The return to his family was fraught with adjustment difficulties.  The family did not receive trauma counselling.  Sadly, Steven died at the age of 24 in a bike accident. 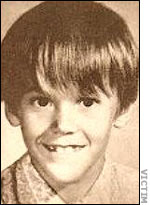 The older brother, Cary Stayner, later landed up on death-row as a convicted serial killer.  He was sexually abused during his childhood but never told.

Kenneth Parnell was a paedophile with previous convictions and sentences.  For the Stayner kidnapping he received a seven-year sentence of which he served only five.  After his release and already quite advanced in age, he tried to buy another little boy.  For this he was sentenced 25 years to life under California’s three strikes law.  This law and not his crimes, finally removed him from society.

A stranger tale cannot be conceived but it serves to highlight some problem areas:

So what is the solution to the lack of justice?  I think that after examination it becomes clear that there is none.  We live in an imperfect world, populated by imperfect people who implement imperfect systems based on imperfect ideas.

Because of that we will always have those who are imprisoned innocently as well as the guilty walking free.  The only hope is if everybody, from the lowliest cop right up to the judge, and further onto the lawmaker, strives for the truth.